I've only spent the eqivalent of about 3 days on this Ramble so far and already my head is brimming with thoughts...  Perhaps because the things I've done in that space of time are: 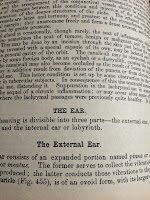 Last week
Travelled to Shoreham-by-Sea to meet musician Scott Smith.
Went for a ramble to look at the Shoreham area and discuss how we could work together.
Stumbled into an intriguing conversation about sound and listening and the ear...
Decided that a way forward would be for me to 'forage' for sound.
Had a brief look around some of Shoreham's charity shops (aaah objects).
Had a little 'equipment' lesson (editing software and how to use the recording device). 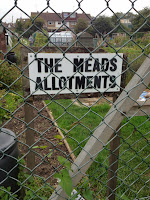 This week
Travelled to Portslade to begin a week long residency at Blast Theory studios (which is close to Shoreham).
Met with Ruth Dudman (the person who runs Undercurrent where I am also artist in residence for the duration of Ramble #2).
Undertook some research into portable speakers (there will be some in this piece I suspect).
Met with Chris Platt at his allotment (gardener/artist) and veritable mine of knowledge about the local area, plants and wildflowers, then went for a wander together (South Downs, River Bank, The Rec, Sea-shore)
Arranged more local meetings.
Became embroiled in reading these two very interesting pieces about nature writing: 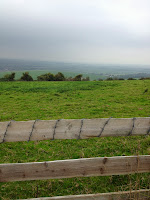 Is our love of nature writing bourgeois escapism? (by Stephen Poole)
In defence of Nature writing (by Richard Mabey)

There's almost too much swimming around in my mind to articulate here, plus more to see and experience this week...

However, just to catch some of the ideas quickly somewhere here's a bit of a list of ideas / thoughts / phrases I don't want to forget.  It's quite long: 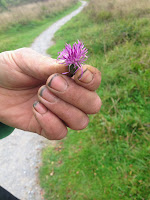 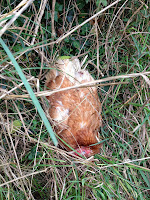 Scott's 'Golden ears', Foraging for sound, the flora and fauna growing inside of us, human nature, careful planting versus 'wildness', how many empty lager tins you see in hedges, The life-span of a cherry tree, what Poplars and Ash look like at age 20, wind-pruning, badgers apparently bury their dead, a mushroom fairy ring (which having since read the folklore about I'm glad I didn't actually step into),  a huge bank of edible plants of various types (nettle, dead nettle, yellow mustard, burdock, fat hen), the gorgeous brightness of a dog rose gall (concealing the steadily growing larvae inside),  a dead bird with its eyes plucked out, Marsh Samphire (glasswort), the purple flower of Devil's bit scabious, wild oregano (introduced by the romans), the weald inducing thorns and starchy red berries of Hawthorn, the spidery roots of an artichoke, how disconnected a lot of people are with what their food constitutes (including me), how recent the phenomenon of supermarkets are, GM food, natural hybrids versus man-made hybrids, the curve of the river, the journey between an alottment - a rivers edge - the sea, how salt burns plants, the old rec - which used to be a rubbish tip, (which used to be under-water), teeny-tiny small seeds on the tip of a finger, the thistle-like Knapweed, Burdock seeds (the inspiration for velcro), lovely white Meadowsweet (a bit like cow-parsley), Lady's Mantle (and its relationship to bleeding), Mugwort, caterpillar hair stings, the poisonous nature of a large plant that I can no longer remember the name of (or what it looks like - gulp)...What Blackthorn actually looks like, a memorial to a catastrophe, a hedge near a beach hut, plants rooting themselves in sand, a weed is just 'a plant in the wrong place' and 'The South Downs created by Africa' (Chris).