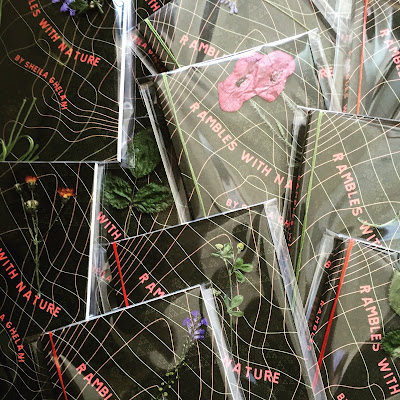 Just as I was about to launch the Rambles with Nature pocket book, my mum gave me a large sack full of work I'd done when I was at primary school that she'd saved.  Turns out I've already done a hedgerow project before!  Back in the 80's!  Made me think again about how influential those formative years can be.

I have no memory of doing this project, but it clearly made an impact on me. I would have been 10 years old. 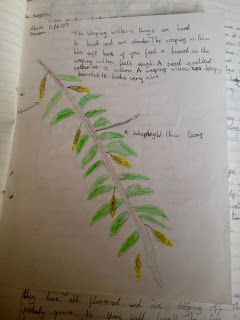 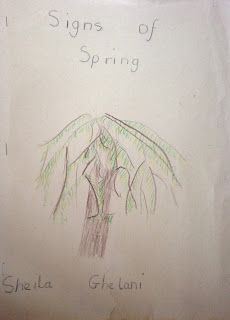 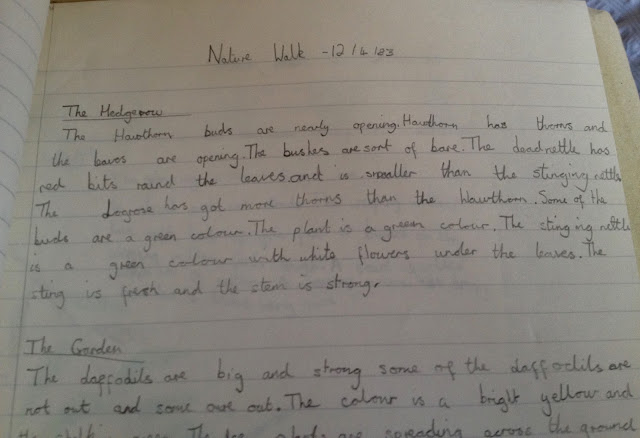 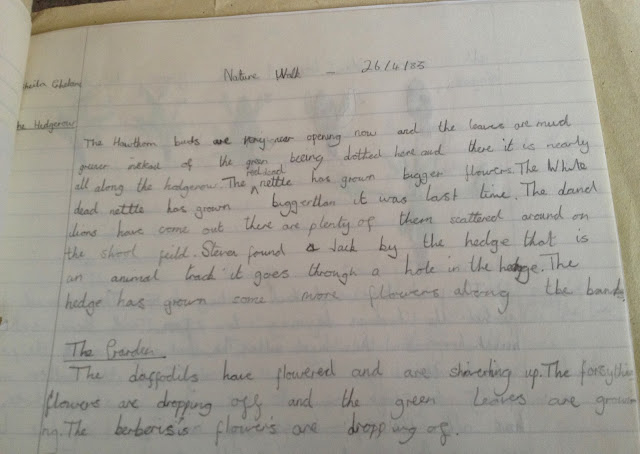 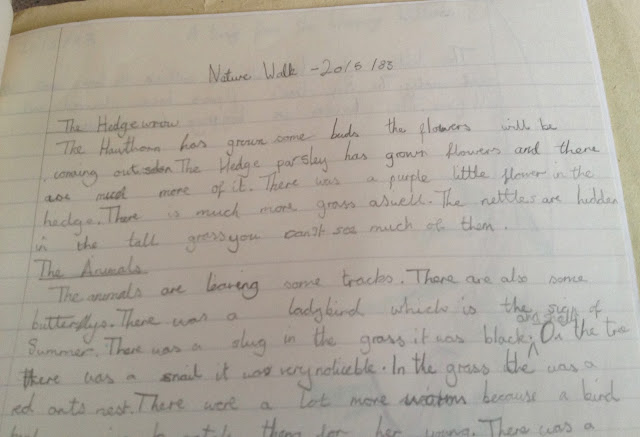 Funnily enough, each of the final pocket books contains a pressed flower / leaf collected on a suburban walk I did with my mum around some of the old places I used to play and hang out in when I was small (how fitting). 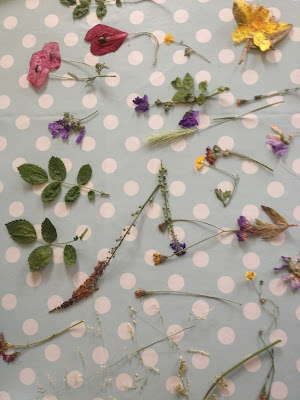 The book was officially launched at the end of July 2015... 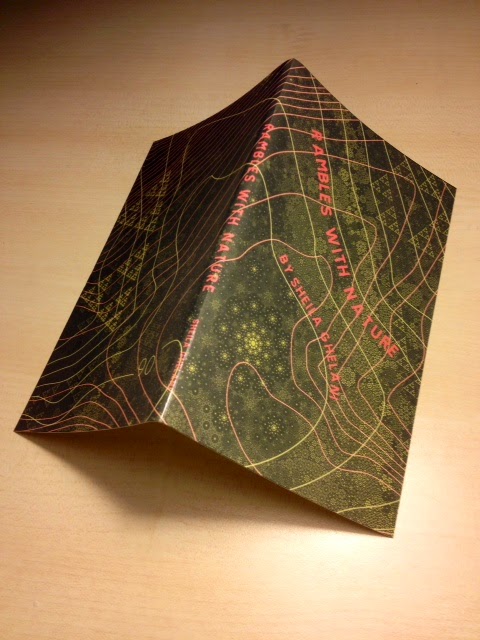 It's hard to believe 5 months have passed and Rambles is still Rambling on!

I realise now of course it's probably a bit dangerous to call a project a name that encourages way-wardness and diversions - let that be a lesson all BEWARE.

But it's also because I've been doing some other things:

- I took a month off.
- I've been trying to find the money to complete Ramble 4 with Sue (we did such a beauteous, interesting work-in-progress in April it's hard to believe it's so tough to find the money to finish it AND we're still searching).
- I worked on another project with straybird - SOME PATTERNS OF CURRENT in Hampton Library (A Dance in Libraries commission).
- I did another sharing of INFINITY KNOT - this time for Maddy Costa and Jake Orr's DialogueFest
- I've done LOTS of Mentoring.
- I've done LOTS of teaching.
- I did some more Performing Medicine-ing.
- I went to Brussels and led a Rambling workshop at CIFAS.
- I did a LADA DIY with French & Mottershead.
- I made a grotto for an auction at my studios (for CoolTan Arts).
- I began another project with Mersey Care / Tate Liverpool.
- AND wait for it...I've been working on the Rambles with Nature publication. RAMBLE 5.

Oh yes, and it's pretty much ready.

It's been SUCH a luxury to look over the project from start to finish and process it in a different way. Through words in the main too... My cousin Divya Ghelani has edited it and John Hunter has designed it. And that at the top is a sneaky pic of its outer cover design.

Watch this space for details of the book launch.

Rambles with Nature (the ACE Funded part at least) has finally come to a bit of an end...

I say 'bit of' as now I need to get the work made out and about more - and I very much suspect there's a bit more rambling to come.